Genocide takes many forms. There is the physical butchery that takes the lives of innocents because they are of the wrong religion, nationality, skin colour, or whatever else it takes for primitive human beings to justify their unjustifiable hatred.
Then there are the cowards. The people who under no circumstances will get their hands dirty but who are only too happy to aid and abet others in their pursuit of genocide, mass-murder, the systematic subjugation of women, racism, the systematic elimination of political dissidents, rape as a political tool and so on.
Spotlight Swedish journalism.
There is one Swedish “news agency” that is paramount in the systematic corruption, perversion and misrepresentation of news relating to the Middle East. Sweden’s TT, Tidningarnas Telegrambyrå, a Communist-era relic whose largest shareholder is Social Democrat newspaper Aftonbladet. It will be remembered that it was Aftonbladet which published the unsubstantiated and overtly anti-Semitic allegations by pro-Islamist photographer Donald Boström suggesting that Israel engages in systematic organ plundering from Arabs killed for the purpose of harvesting their organs.
TT enjoys something of an unique Pravda-like monopoly position in the dissemination of foreign news in Sweden. Its half-truths, outright lies, selective presentation and overt partisanship in the political campaign to delegitimise the Jewish state are legendary both in Sweden and abroad.
It was recently reported (among others by Arutz Sheva – israelnationalnews.com) that Arabs in the Israeli capital Jerusalem are creating fake tombs in an illegal attempt to grab land.
TT, as part of its regular political campaign to destabilise the Middle East and delegitimse Israel, instead distributed the “news” that the Jewish state was vandalising Muslim graves in Jerusalem. Jerusalem is the capital of Israel and is Judaism’s holiest site, along with Hebron. Jerusalem is mentioned several hundred times in holy Jewish scripture and is both the spiritual and political focal point of the Jewish nation. In contrast, Jerusalem is never once mentioned in Muslim holy scripture and, until the rebirth of Israel in its homeland in 1948, the city was in fact regarded as an unpleasant outpost to which Muslim rulers banished out-of-favour political rivals as an alternative to executing them. Only following the rebirth of the Jewish state was Jerusalem suddenly elevated to the status of “third holiest site” in Islam, after Mecca and Medina.
As part of its concerted campaign against the Jewish state, Sweden’s TT regularly misrepresents the truth, consistently refuses to interview Israeli authorities, provides a megaphone for Islamist politics and ignores all Israeli viewpoints that are not extreme left-wing. Views on TT and other Swedish “news media” can be read in a number of English-language reports on the Swedish media scene, such as this one at Sweden Israel and the Jews as well as several articles here on this blog.
Today however a renowned Swedish blog, FiM (Fred i Mellanöstern, Peace in the Middle East) has published an exposé of TT’s latest fraud. The in-depth exposure of TT’s deliberate deception was written in Swedish, so here with FiM’s consent is an English translation of its excellent article.
Interestingly, following a number of protests against TT’s clumsy propaganda and unethical behaviour, a number of Swedish newspapers have withdrawn online links to TT’s article.
It is to be hoped that this will be followed by the various newspapers withdrawing their financial contributions to this raw propaganda organisation – TT is jointly owned by a number of Swedish newspapers, with Left-wing Aftonbladet being the largest single shareholder. Aftonbladet is in turn supported by the Social Democratic party. Social Democratic party leader Mona Sahlin is perhaps most famous for categorically denying on TV that there is any anti-Semitism in Sweden, and definitely no Muslim anti-Semitism. This was in an interview immediately following a 20-minute report about a young Jewish teenager recounting how he was systematically persecuted by Muslim youngsters on account of his religion over a number of years.
In September Sweden goes to the polls. Mona Sahlin hopes to oust the current centre-liberal-right Alliance government.
Here is FiM’s article in English. Many thanks to FiM for its kind permission to translate its excellent piece. 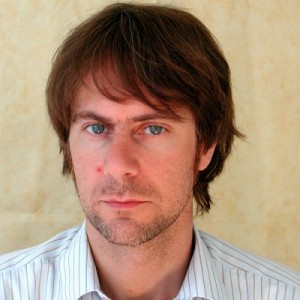 Karl Vicktor Olsson, foreign desk editor at TT, whips up hatred by twisting the truth and disseminating lies as part of TT’s news reporting on Israel
“News agency” TT has distributed a text in which it claims that Israel destroyed “Muslim graves” in a Jerusalem park. TT’s foreign news desk, which is led by Karl Vicktor Olsson, has over a long period of time systematically slanted, inserted its own views, excluded news items that do not suit its political agenda and set headlines deliberately intended to whip up the greatest possible hatred against Israel, while actively suppressing facts and news that detract from that agenda. For instance, the fact that the alleged “Muslim graves” are fake and that there are no bodies buried there.
See the video clip of the bluff here.
What it’s all about is the fact that people collaborating with the Waqf, the Islamic religious authority in charge of holy Muslim sites in Jerusalem, attempted to steal land belonging to the city by transporting large boulders to the site over a number of days and portraying them as markers of new graves. This deliberate deception was carried out despite the fact that no new burials take place at the site, and nobody is buried there. Waqf employees declined to answer journalists’ questions about what they were doing and instead abandoned the site with haste. When the fraud was uncovered last week via the video reportage (link above) orders were immediately issued for the removal of the boulders.
MUSLIM AUTHORITIES WANTED TO BUILD A BUSINESS CENTRE ON THE SITE AS FAR BACK AS 1945
This latest bluff is part of an already concluded legal dispute regarding the construction of a Museum of Tolerance near Jerusalem’s Independence Park (see the article in Haaretz). The site is currently used as a parking lot which was built back in the 1960s – without any protests from Muslim authorities. Recently, however, a group of Islamic extremists protested the building of the new museum, claiming that the parking lot was a Muslim cemetery. The site had been abandoned a very long time ago, had never been used after Israel’s foundation and is no longer regarded as holy by Muslims. As in many other locations in Jerusalem, bones dating back several hundreds of years were discovered there, but not one single gravestone or marker. As recently as 1945, in fact, the local Muslim Authorities planned to build a commercial centre on the site, since it was already then regarded as abandoned (“mundras” in Arabic), which according to Islamic tradition occurs 37 years after it has stopped being used.
The parking lot that is now located there has been used for decades by Muslims and everyone else looking for somewhere to park their cars in Israel’s capital city. The court therefore gave permission for the construction of the Museum of Tolerance on the site and for removal of the remains to an alternative site or for the building’s foundations to be elevated on piles so as not to interfere with any remains that might be buried in the soil.
TT SPREADS HATRED
The new fake “graves” that suddenly sprouted from the ground in recent days and that formed the centrepiece of TT’s report are an attempt to steal more land and they were located outside the site of the parking lot. TT’s spreading of this deception, while at the same time actively suppressing the true facts of the case, are a truly disgusting contribution to the intolerance, anti-Semitism and hatred that are the very raison d’être of the Museum of Tolerance. TT and Karl Vicktor Olsson should be truly ashamed of the deliberate fraud in which they participate on a daily basis as part of their slanted “reporting” about the Middle East, and also for the hatred they deliberately stir up. TT has long since forfeited all credibility when it comes to reporting on Israel.